Amore will amaze children ages 4 to 10 years with a performance that will top all others. Fast paced and original, this one of a kind performance will make the birthday child the star of the show. Have your camera ready for memorable moments that will surely be added to your photo album.

Thank you for your interest in my show for your child’s birthday party.  As a full-time professional magician I have created an award winning, faced paced, interactive and memorable performance. Your child will become the star of the show during this edge of your seat fun magic show. It includes music, comedy and of course magic that your guests will be talking about for a long time to come. Performing for over 25 years and having performed at thousands of birthday parties I can tell you that the kids will be engaged and amazed throughout.  You might have even seen my show at a private event, library, school or publicly at a theater, TV or a state/ town park.   If you haven’t then please read on…

Amore’s award winning show will amaze and astound. Colorful handkerchiefs turn to magic canes, magic appears at Amore’s fingertips, and objects materialize out of thin air. Spectacular visual magic combined with music captures the audience’s attention and brings them to a realm of wonderment. Audience participation is the main portion of Amore’s performance. Utilizing costumes and other props for some hilarious comical routines Amore makes audience members his assistant for the show. Amore balances amazing magic and side-splitting comedy to provide an unforgettable show for your party. From the moment the show begins until the grand finale your children will be mesmerized and mystified by Amore.

As an added gift each child guest will receive a special “Magic Ticket” which allows exclusive access to online magic teaching video lessons for free.  Featuring hand selected lessons from the popular video ” The Mysteries of Magic” Starring Amore the magician. This performance takes up a small amount of space and you will find it is just right for most locations. Not too big, not too small and perfect for at home parties (indoors or out.) Having your party at a hall or restaurant? No problem! Amore can adjust his show to accommodate any venue.

Some great additions to Amore’s performance for kids are:

Amore’s unique magic workshop: Great magic performances always leave audiences clamoring for information on how they can do magic. Join us for a workshop that introduces children to the fascinating world of magic and illusion. Who better to learn from then a professional magician?! Each child will become a magician in training and will experience hands-on fun. Guests have the opportunity to challenge themselves and amaze others by taking the magician’s oath and learning a quality trick that they will receive to take home.

Amazing illusions: Audience volunteers will experience weightlessness and float in mid-air during the classic of magic titled “The Levitation”, as well as escaping from Houdini’s shackles and the original melting a person through a mirror. (Additional fees apply for Amazing Illusions only) 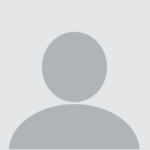 Professional and entertaining! I would definitely recommend him for your event!

Not only did the kids get a kick out of his show, but he had all of the adults laughing. I couldn’t be happier with his performance.

The kids were talking about the magician for days following the party...he made a great impression! Thanks for a great show!

All shows are self-contained. Amore brings all the necessary items to perform the entertainment properly, i.e. table, sound system, props.